Our clients expect hotels in the MWC to offer them much more than a good place to sleep. Therefore, by booking with Empirance, you not only get the good service and facilities which luxury accommodations are supposed to provide: you will receive exclusive perks designed just for you, based on the purpose of your stay, your preferences and your needs at no extra cost, thanks to our special relationships with each hotel and our creative approach.

Get the best deal

We go beyond just good: we go for excellence

Only a destination management company specializing in luxury accommodation for MWC such as Empirance has the local knowledge, creative approach and close relationships with hospitality providers so its customers get the most for their hotel reservation. Details such as the age of a person, if they are coffee or wine lovers, or the brand of their smartphone allow us to anticipate their needs with fully personalized experiences that they would not otherwise obtain, placing them discreetly in the center of interest. We always improve the experience offered by the hotel itself. 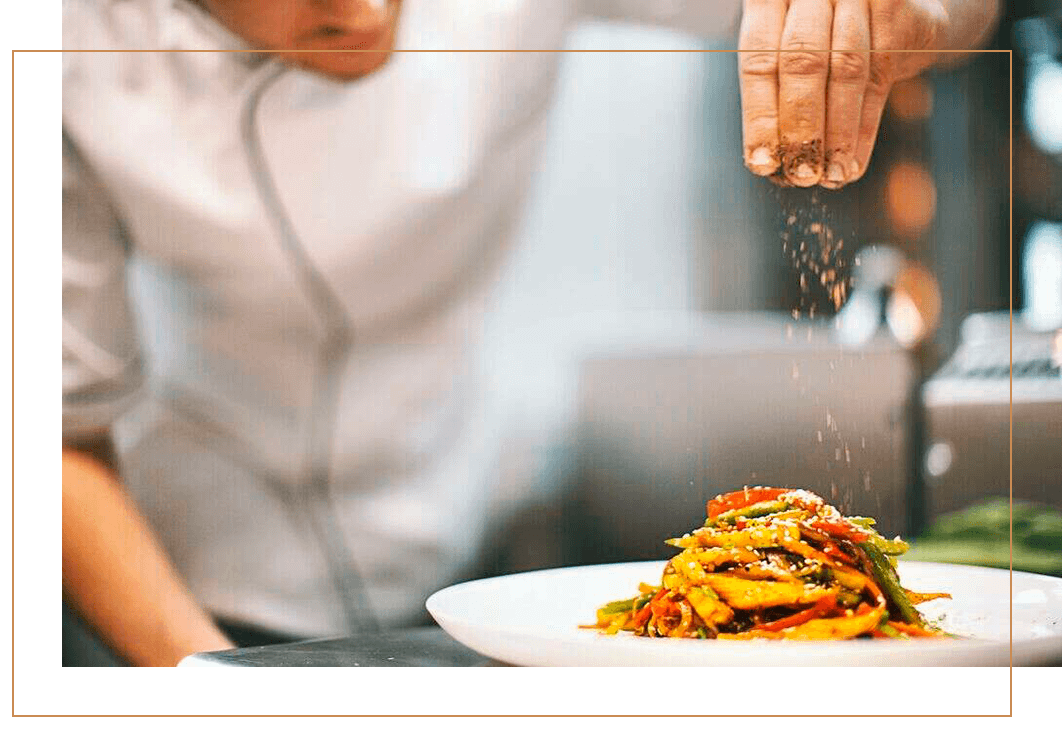 What are the advantages of booking your hotel in the MWC with Empirance?

Our first-hand information and our agreements with different hospitality suppliers allow us to guarantee availability in some high demand hotels even if they are supposed to be sold out, or offer alternatives of the same quality.

You will not have to pay any extra cost

Thanks to our strategic agreements with each establishment, the management of your hotel reservation at the MWC with us will not entail any extra cost: we offer the guaranteed minimum price and you will get exclusive benefits from it.

We offer you our in-depth local knowledge

Our deep local knowledge provides us with valuable first-hand information about the city and the best luxury providers to design a high-level immersive experience appropriate to your profile, both inside and outside the hotel.

You will get a bespoke creative experience

We differentiate ourselves by being creative in order to give your stay an added value that you would not obtain by booking directly with the hotel, making it a meaningful experience for you, focused on your needs and preferences.

Hotels in MWC (near the Exhibition)

We know that MWC days are very busy. That is why we offer a catalog of hotels near the exhibition that allow you to save time on commuting without giving up a totally unique experience that will exceed your expectations if you book with us. If you want us to take care of a memorable stay in Barcelona in one of these accommodations, contact us as soon as possible, as they are the first to sell out. 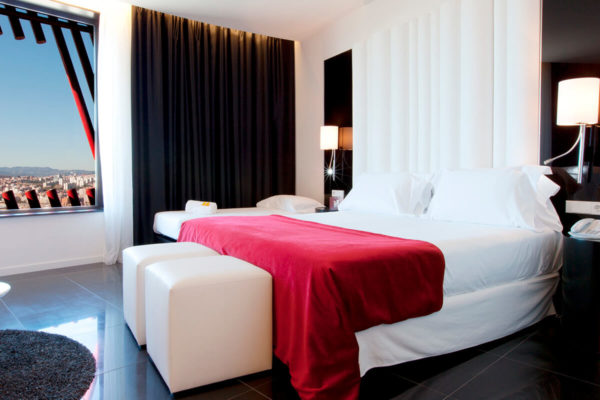 300 m away from the fairgrounds

Awarded the prize for the best skyscraper in the world in 2010, above the Burj Khalifa of Dubai for its aesthetic and urban integration, this 4 * superior hotel designed by the Japanese architect Toyo Ito stands out for its high-level gastronomic offer and its more than 2,000 m2 of spaces for events, suitable for up to 750 people. 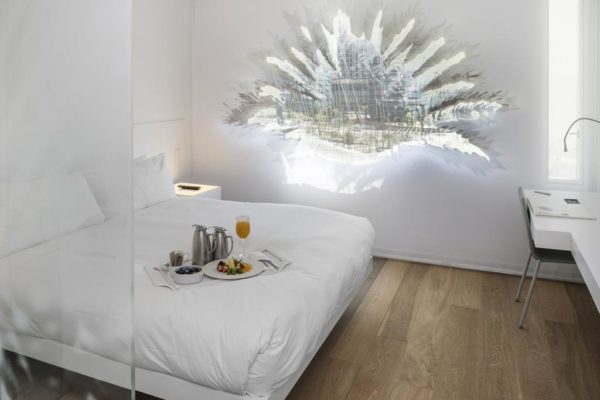 550 m away from the fairgrounds

This 4 * hotel, characterized by its "vertical garden" embodied in a facade with palm-shaped windows topped by a roof terrace with views and pool, was designed by the French architect Jean Nouvel and has the endorsement of the Catalonia chain, a local hotel reference of a family nature. It has numerous event rooms with a capacity of up to 700 people. 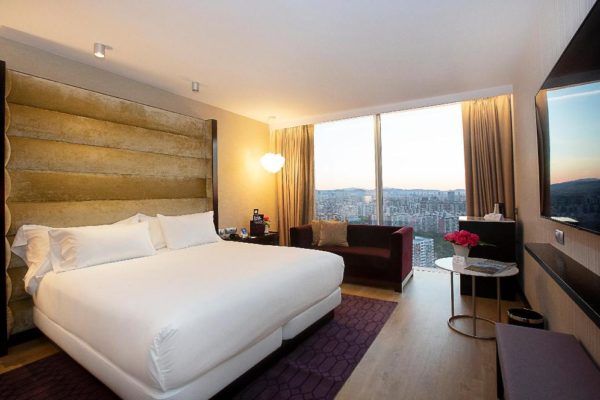 2 km away from the fairgrounds

This building is characterized by its spectacular glazed dome with panoramic views that houses the popular restaurant that was run by the prestigious chef Santi Santamaría. Like the other hotels in the area, this 5* stands out for its height, which gives spectacular views to its rooms, as well as having huge spaces for conventions (with capacity for up to 1,600 people).

Can you imagine inhabiting the suite in which the poet Antonio Machado stayed during the Civil War? Or discover the essence of the textile and modernist Barcelona of the 19th and 20th centuries in a hotel that was the headquarters of the cotton guild or in a palace of Catalan aristocrats? In Empirance we have special relationships with unique hotels well connected with the MWC, many of them recently renovated, and generally operated by Barcelona families who have put all their illusion in their project. These are hotels that offer a fully tailored concept of luxury, exclusive and oriented to local immersion, through their location, their unique historical character, their discreet and personalized attention, their small number of rooms (mostly less than 40), their design, their gastronomic offer, and their activity suggestions, to name but a few.

Located in the most exclusive shopping area of Barcelona (the second most expensive one in Spain, the Passeig de Gràcia) the Majestic Hotel is a safe bet for those who want to take advantage of their stay to shop in the most exclusive boutiques (ask us for our bespoke tours with exclusive benefits from a personal shopper). It offers a neoclassical design that gives it a majestic air and stands out for its spa, rooftop pool with stunning views and impeccable service. 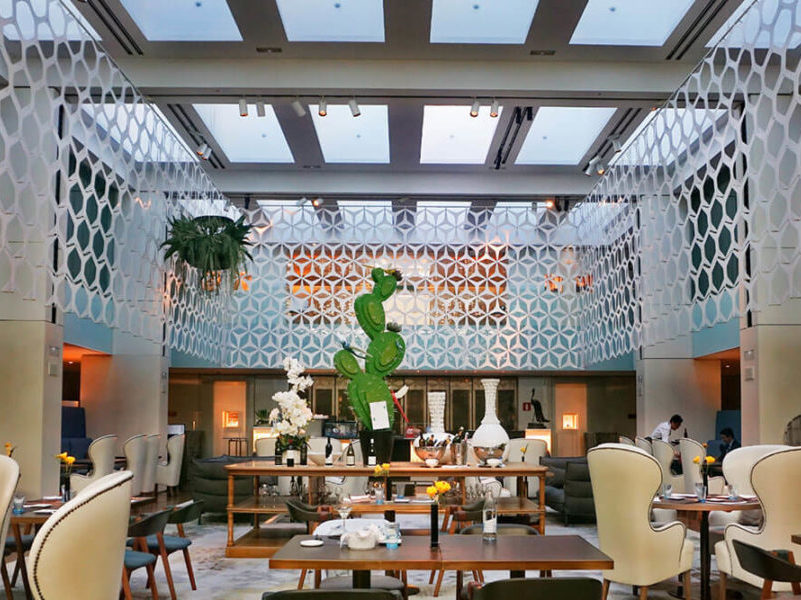 Impregnated with an oriental minimalism present in its more than 20 hotels worldwide, the highlights of the Mandarin Oriental include its location in one of the most exclusive blocks of Barcelona, its offer of spa treatments with its own product line and its care for the needs of guests of all cultures. Its Moments restaurant, which already has two Michelin stars, delivers one of the city's highest-end dining experiences, and its jazz and blues sessions entertain the most chic evenings. 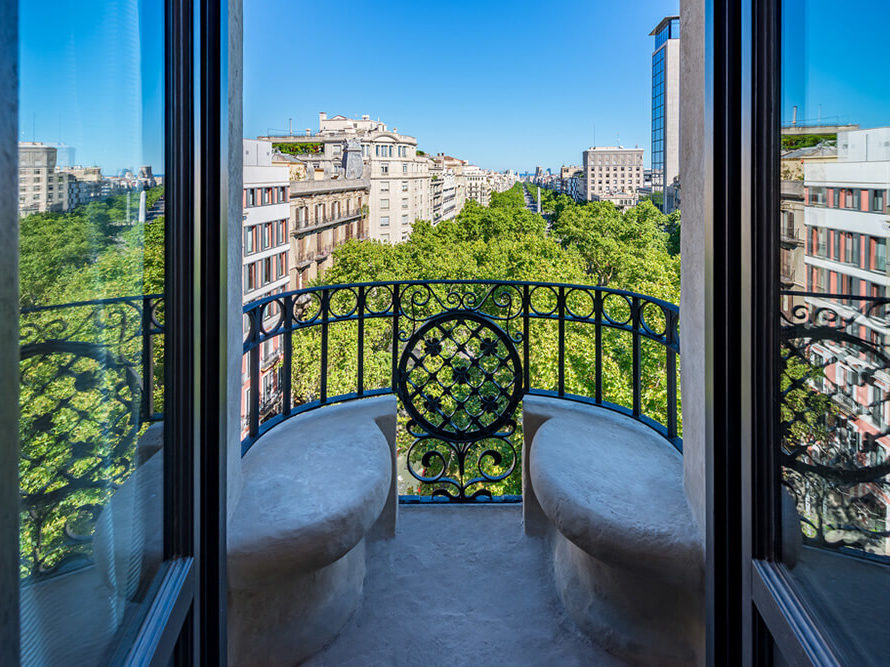 The Hotel Casa Fuster is an ideal combination of history, comfort and luxury. Monument itself, it was built in 1908 by the contemporary modernist architect of Gaudí Lluís Domènech i Montaner for the Fuster Fabra family, at a time when the local bourgeoisie struggled to have the best modernist residence in the area. Where is now the Cafè Vienès, characteristic for its windows and columns, meetings of intellectuals of the time were held, which today have become live jazz performances. 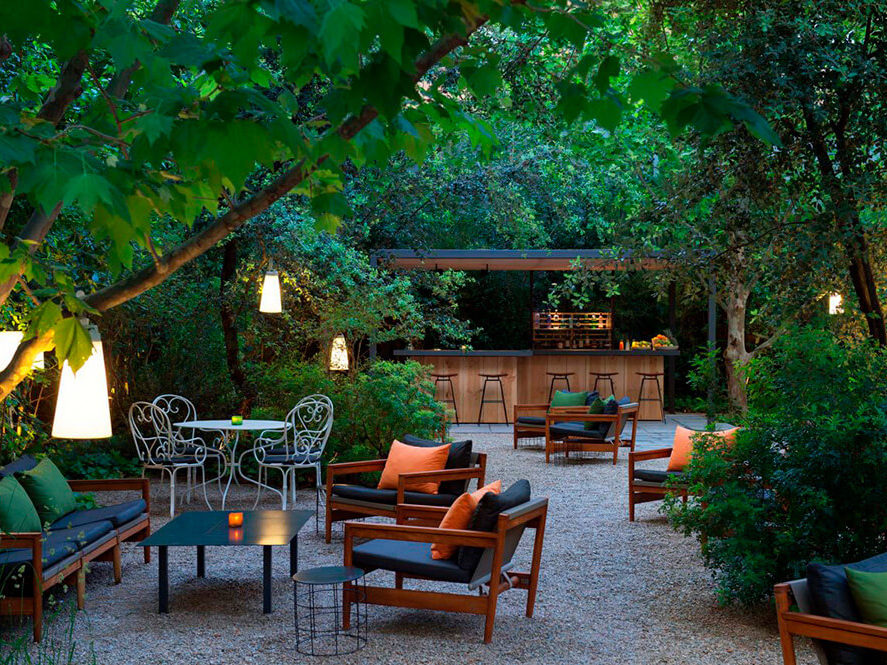 Alma Barcelona is the project of a team of local hoteliers who opted for a concept of hospitality that lives up to its name ("alma" stands for "soul"). Located one block from La Pedrera, it has a very chic and minimalist style that totally differentiates it from the hotels around it, and hides a precious treasure: a garden like a fairy tale ideal for appointments and relaxed meetings enlivened with quiet music and special homemade cocktails and exquisite Catalan cuisine. It also has an indoor pool and hammam. 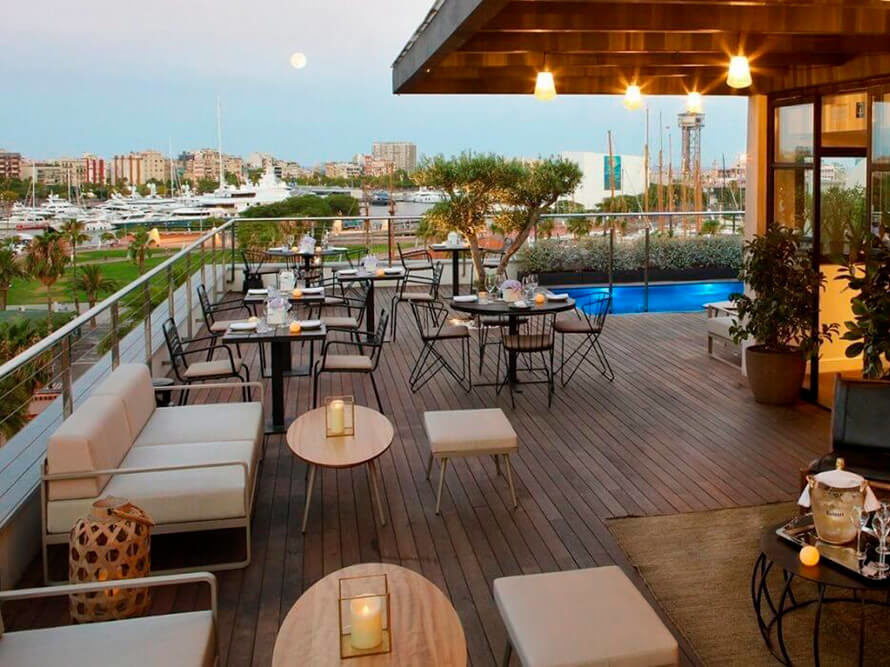 The Serras is located in the Gothic Quarter, in the building where Pablo Picasso had his first studio, in the modernist era, so that his installations breathe history and art. Its relaxed and informal atmosphere, its rooms with city views (and mattresses used by the British Royal House for extreme comfort), its charming terrace exclusively for customers with a select cocktail menu and its gastronomic offer by Michelin-starred chef Marc Gascons make this hotel an exclusive jewel that very few can enjoy. 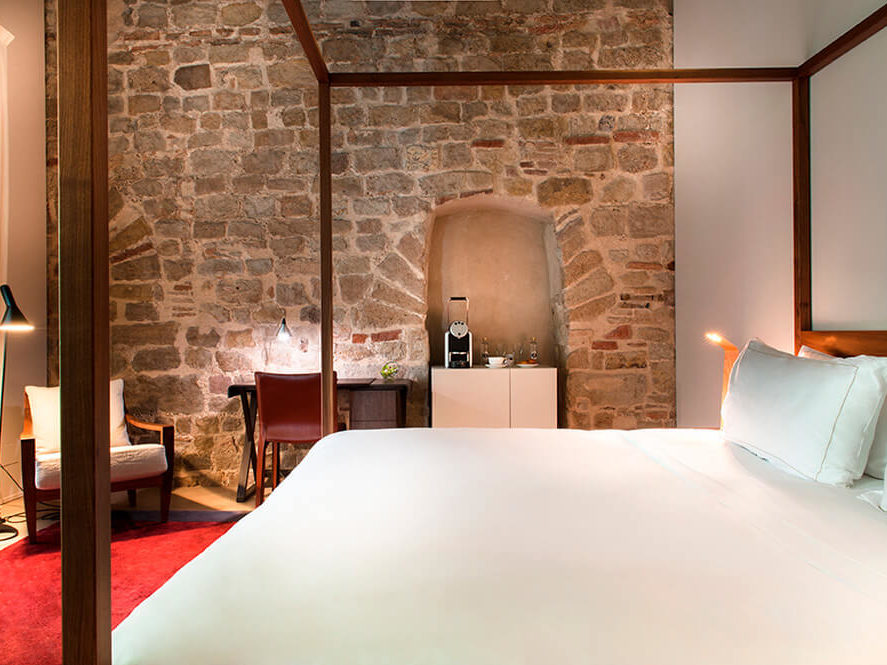 Mercer is a charming restored Gothic palace declared a National Heritage that houses valuable sections of the virtually disappeared Roman wall of Barcelona, with historical elements in each of its exclusive 28 luxury rooms. The original cupboards and remnants of paintings of the Middle Ages in spaces enabled for business meetings, among others, deserve special mention. It also offers an exquisite menu of local cuisine that contains both haute cuisine and tapas and a rooftop pool overlooking the Gothic Quarter. 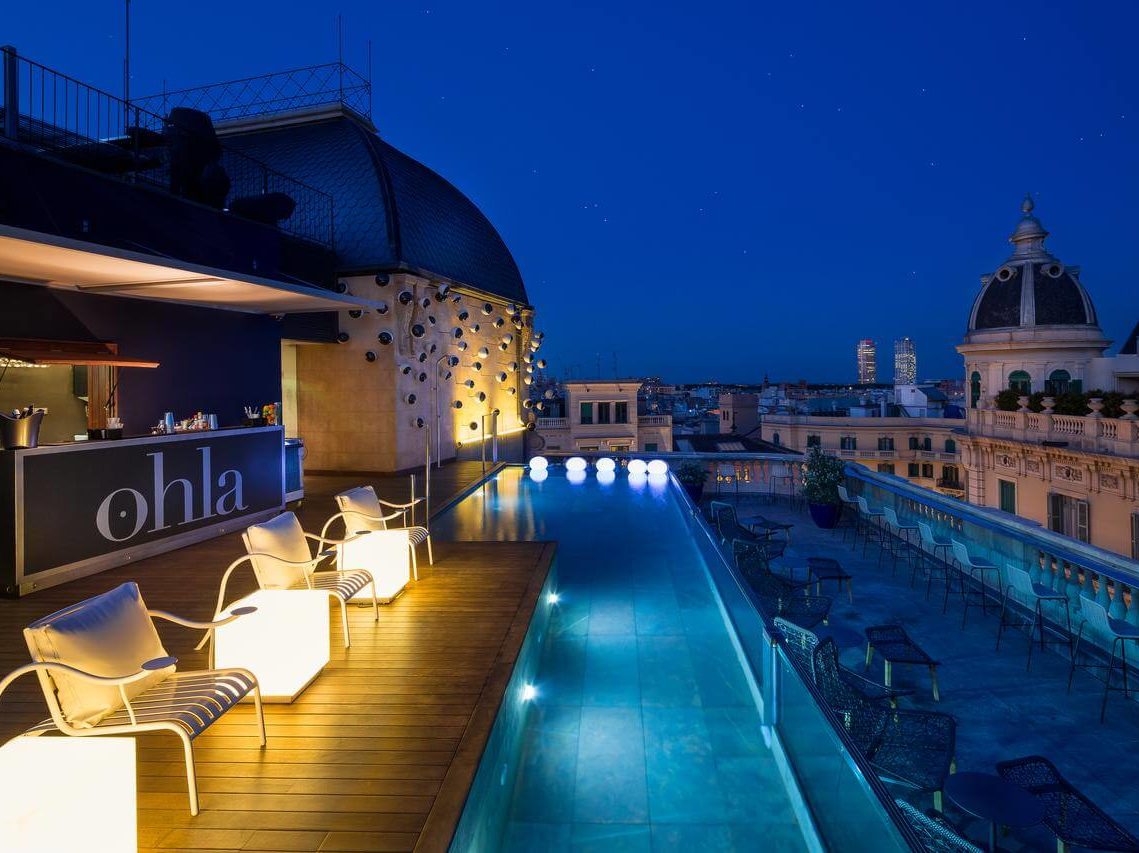 This hotel, built on the foundations of the Roman pipes and the later palace of the first count of Barcelona, breathes history and modernity at the same time: it has high technological features, a culinary proposal of a Michelin-starred chef and an eco-friendly concept, since it has of solar panels for power generation, LED lighting and natural toiletries. It also has a beautiful rooftop pool with a lively cocktail bar and an amazing design in its rooms, with the shower located in the middle of them. 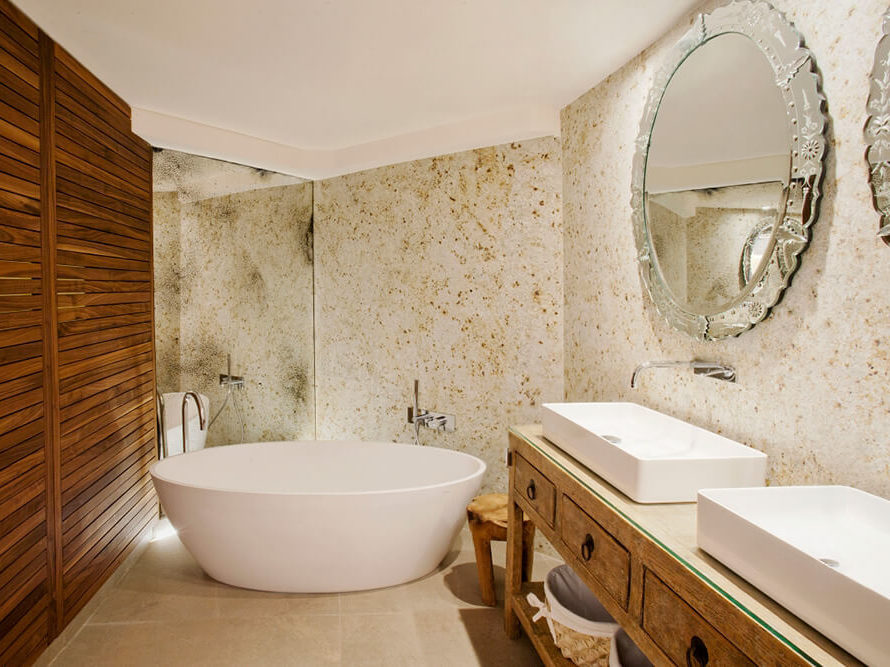 The Claris Hotel is a lot like a museum, since it is not only built in the Palau Vedruna, one of the first stately homes of the Eixample, but all its rooms house unique works of an impressive private collection (including antique furniture). Among its highlights deserves it is worth mentioning its terrace, where you can enjoy some of the best cocktails in the city and its gastronomic proposal, which includes a fusion menu with the best dim sum in Barcelona. 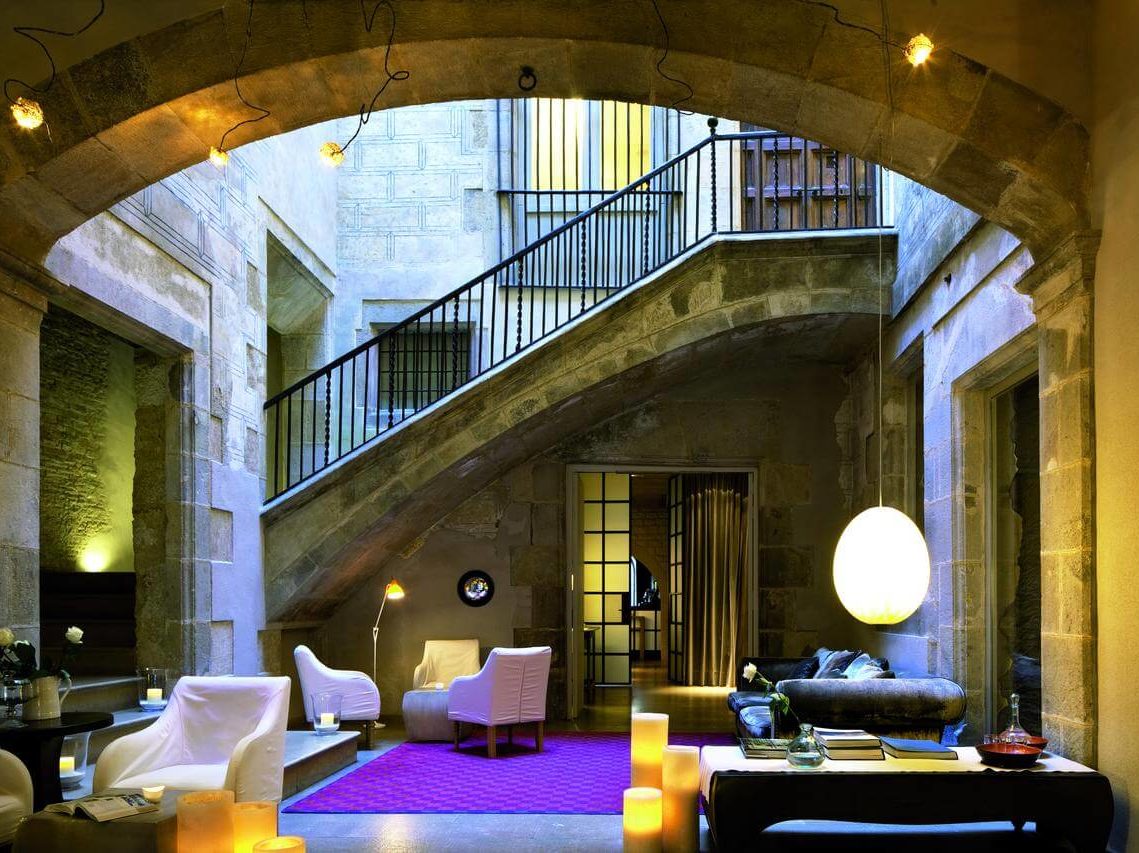 The Neri Hotel is located in an essential corner of the history of Barcelona that still contains scars from the Civil War bombings. It is a hidden gem away from the usual tourist traffic that retains the charm of the medieval building in which it is built. Its restricted 22 rooms combine the rustic style of the walls with the contemporary one in its paintings and put the focus on comfort (with a choice of pillows and sheets to choose from). Its restaurant is run by the Michelin-starred chef Jordi Cruz. 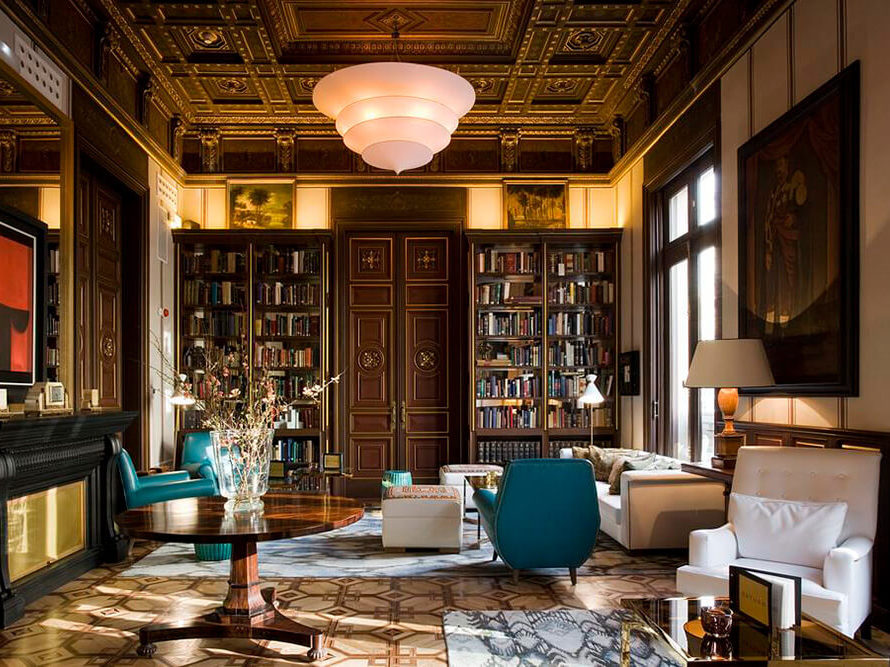 The Cotton House Barcelona is a fantastic hotel that offers the best of two worlds: the historic 19th-century textile Barcelona in which it was the headquarters of the Cotton Textile Foundation and the modernity of a redesign that includes all current comforts, maintaining and recovering all the original elements of the building. The decoration of its rooms is inspired by the colors and textures of cotton, and the composition of the bed accessories is 100% natural. Many of its rooms have a private terrace where you can enjoy a good coffee. 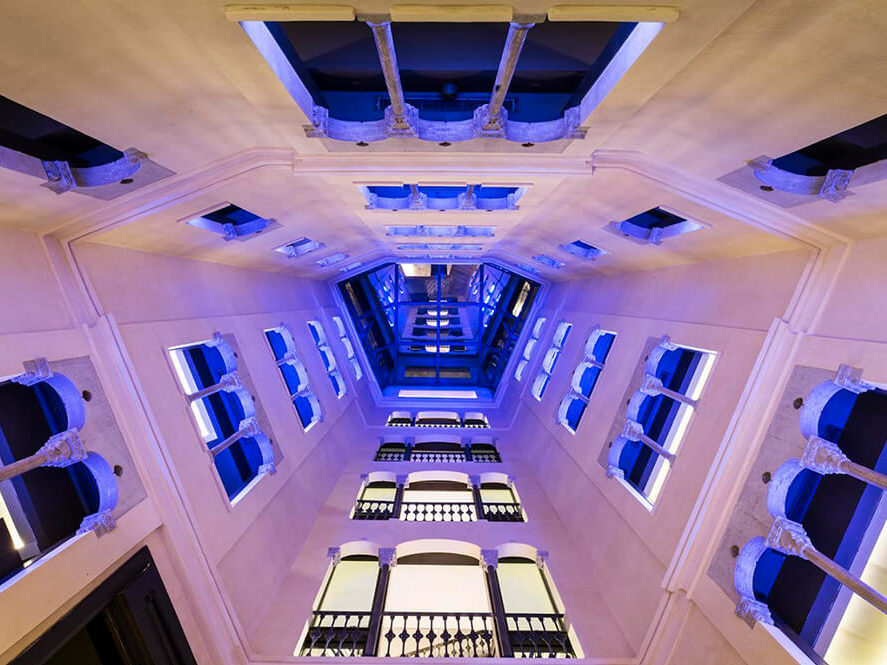 This is one of the hotels with the most outstanding gastronomic proposal in Barcelona, with several restaurants run by Michelin-starred chefs, among them the 8-time awarded Martín Berasategi. In addition, its rooms are fantastically equipped with the latest technological advances and beds with articles of natural materials, such as 300-thread Egyptian cotton, virgin wool, feathers and natural latex. 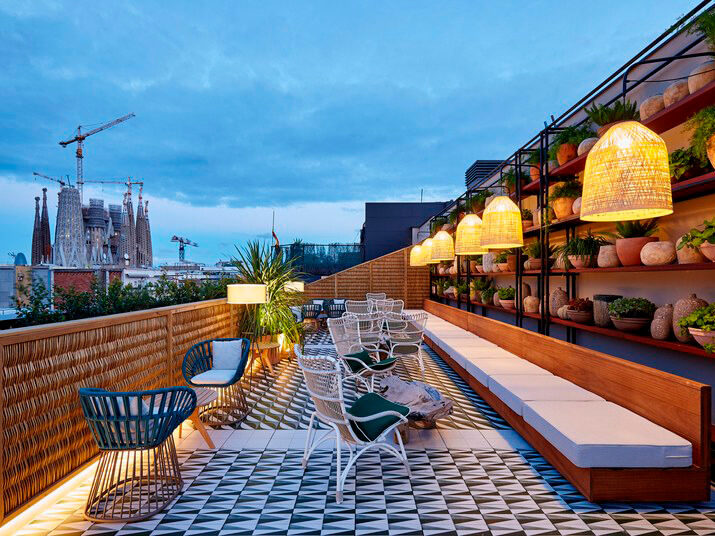 The location of Barcelona 1882 is incomparable: two blocks away from the Sagrada Familia. That's where his name comes from, the year in which Antoni Gaudí started building the basilica. But what stands out is its bustling bar area, ideal for a drink and a snack with local ingredients, its rooftop pool with cocktail area and its landscaped terrace. 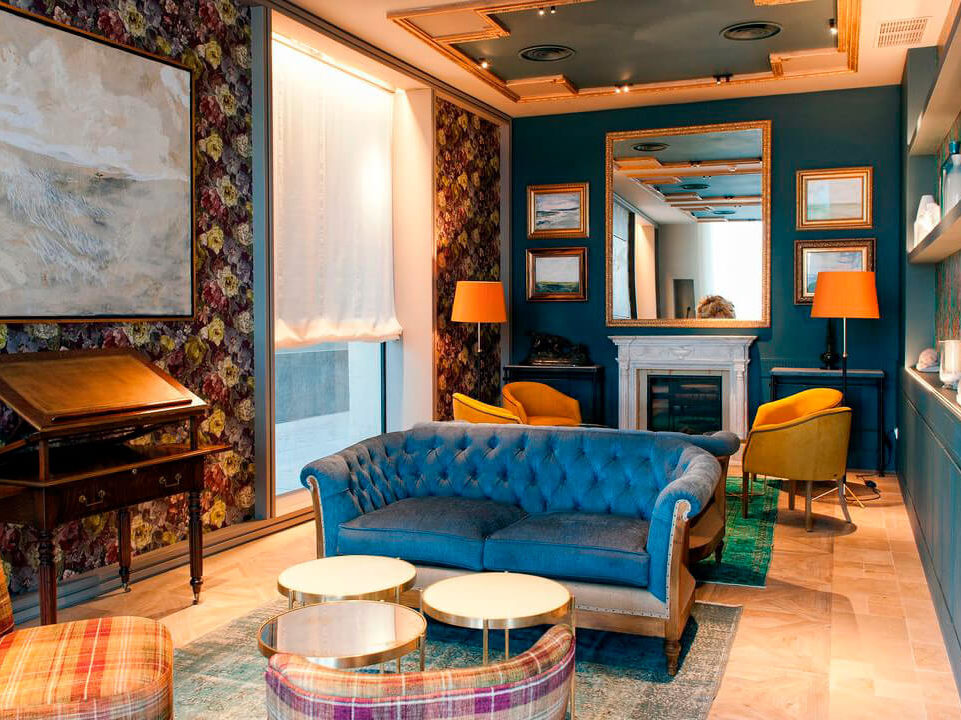 The Hotel Duquesa de Cardona combines the charm of the old with an avant-garde decoration in its rooms and common spaces. It lives in a 16th-century building that was home to the local aristocracy, the Cardona family, and a refuge for kings. Its location in the port gives its terrace privileged views of the sea. Its facilities and services are typical of a hotel of a range superior to its four stars, among them its gastronomic offer that includes tapas and barbecues with fresh local products.

At Empirance we organize all kinds of MICE experiences on the occasion of the Mobile World Congress. Our privileged contacts with institutions and private entities provide us with a portfolio of spaces for events and collective hospitality services to meet the needs of companies of any size and country that want to take advantage of the MWC to carry out meetings, retreats, team building activities and much more. 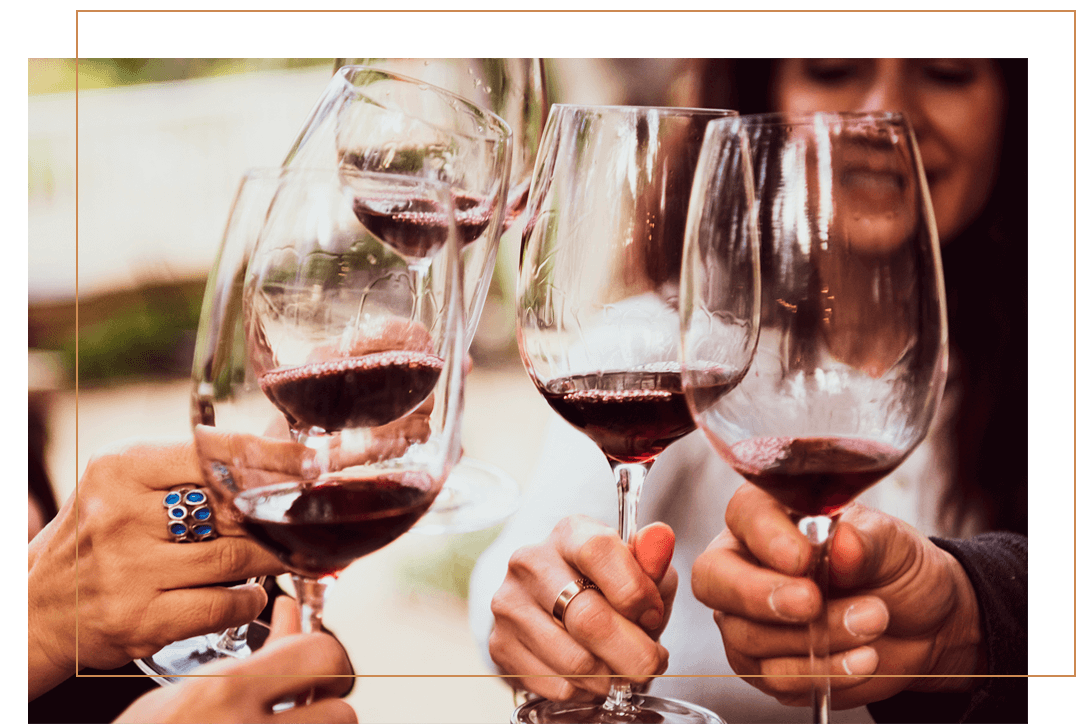 Other services we offer for the MWC

We have private transport services with luxury vehicles and professional drivers who know the fastest routes and places of interest in the city to make the most of your stay.

We offer you an improvement in the services of your flight ticket at no additional cost, with VIP services such as internet, gourmet meals, bed service, shower, personalized attention and exclusive leisure, to mention but a few.

We have access exclusive venues for companies and executives who need to hold meetings outside the MWC, from hidden rooms in historic places of the city to idyllic castles away from the hustle and bustle.
See services 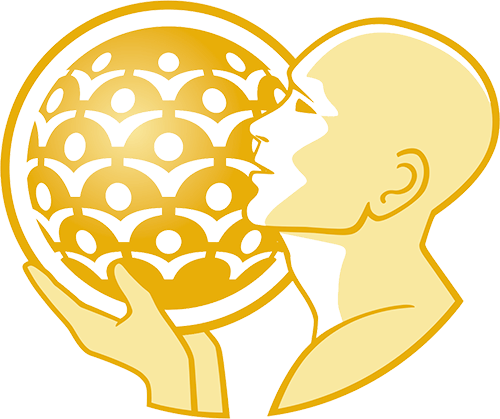